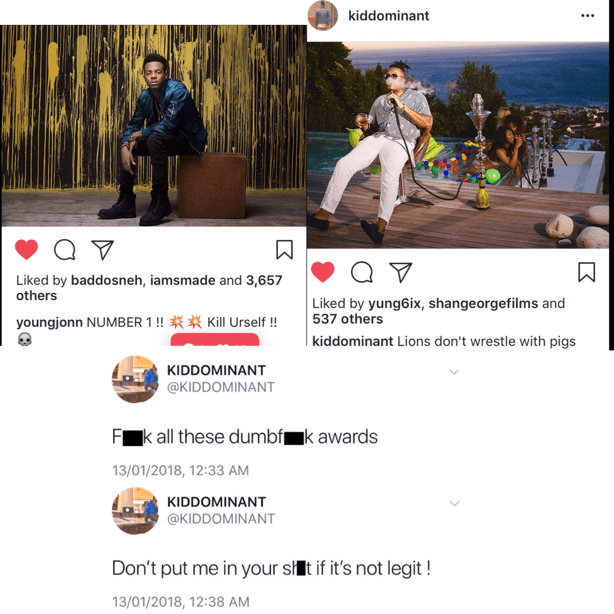 There is fresh war brewing in the camps of Davido and Olamide but this time the tension his between, their producers, Kiddominant and Young Jonn. 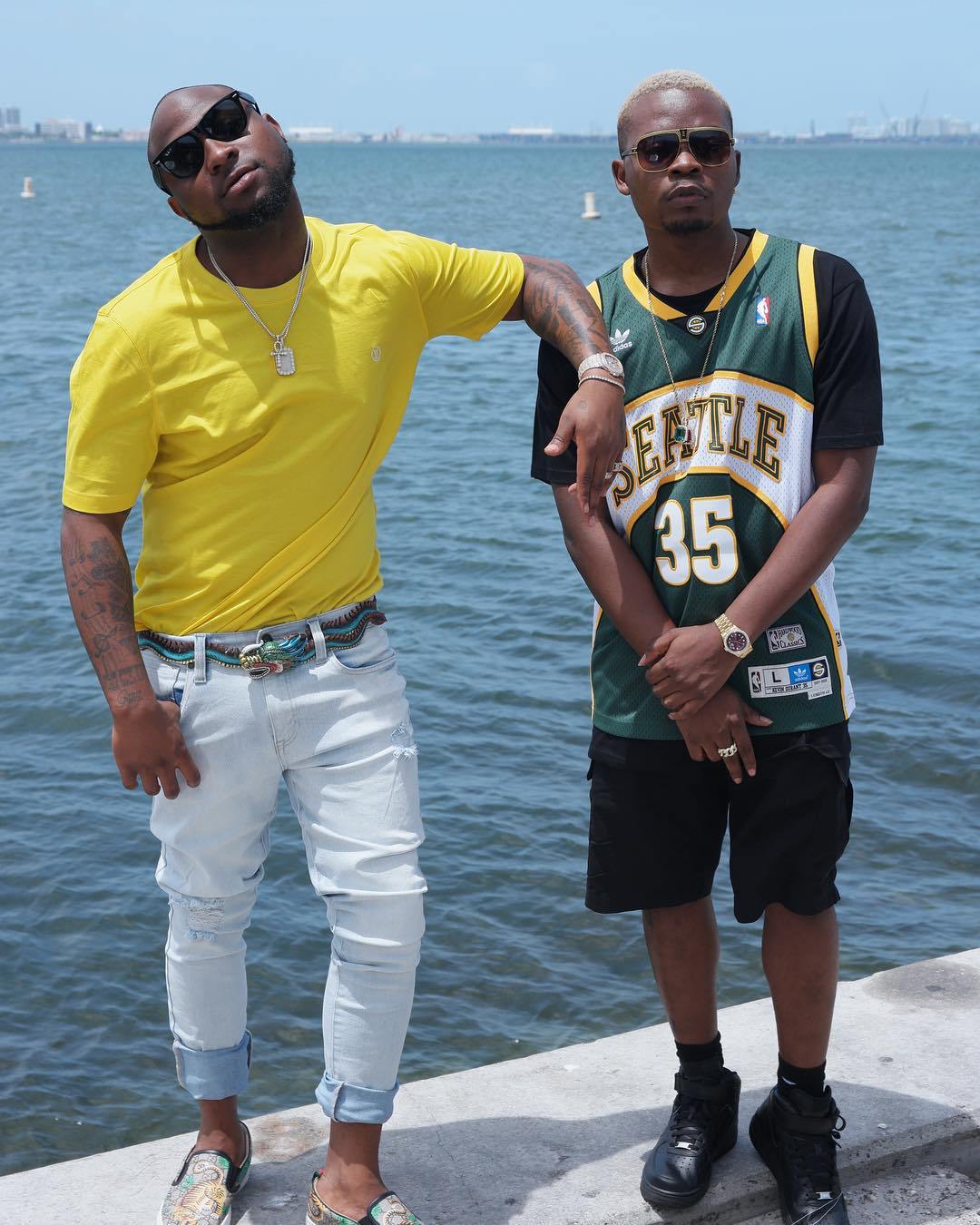 It all started after Young Jonn picked the award for Producer of the Year at the Soundcity MVP award, something Kiddominat believes should be his after producing a number of hit tracks for Davido.

He called out the award organizers for giving it to another who didn’t deserve it as much as he. This made Young Jonn to come out and declare himself number1 asking all parties concerned about this to kill themselves. Kiddominant replied by calling him a pig.

Here’s their exchange below: 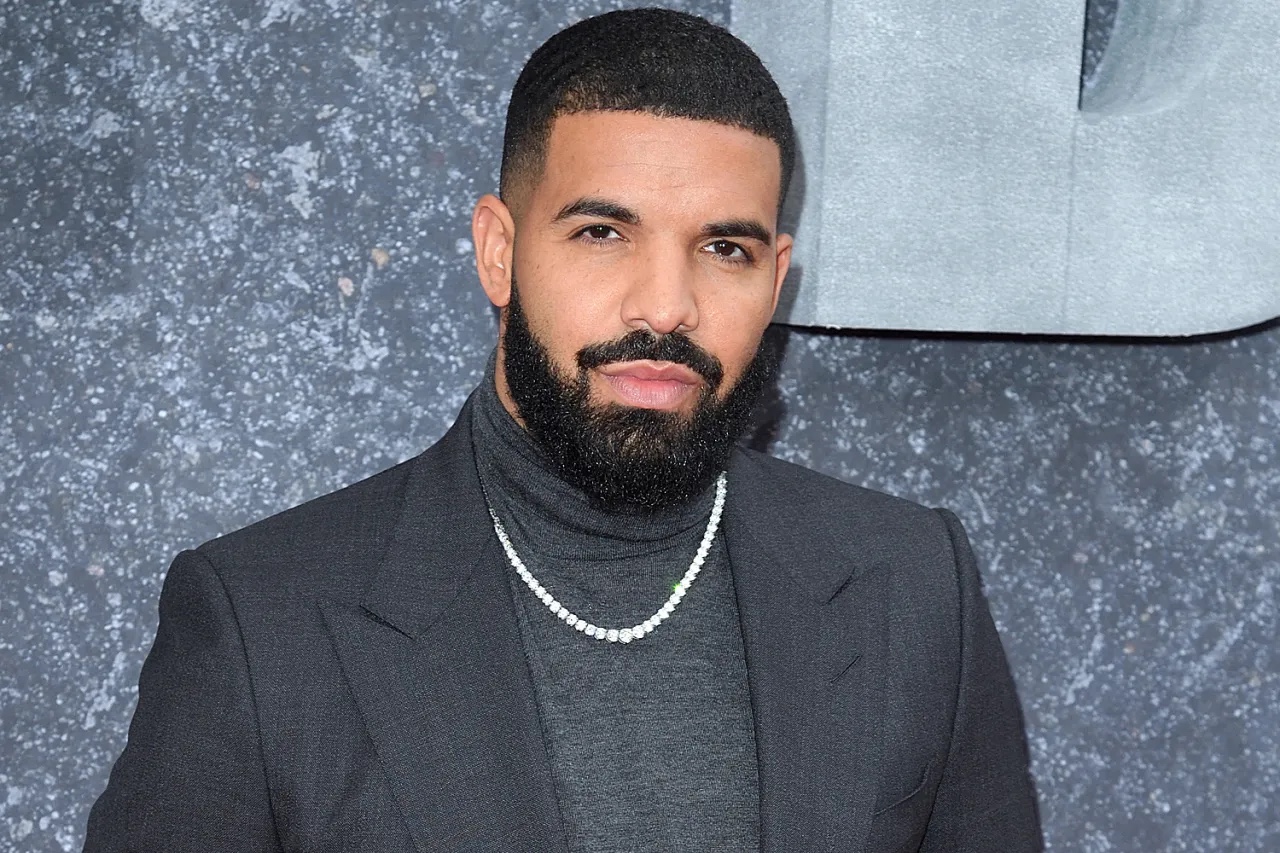 2 months ago | by Idowu Babalola Drake withdraws his Grammy nominations 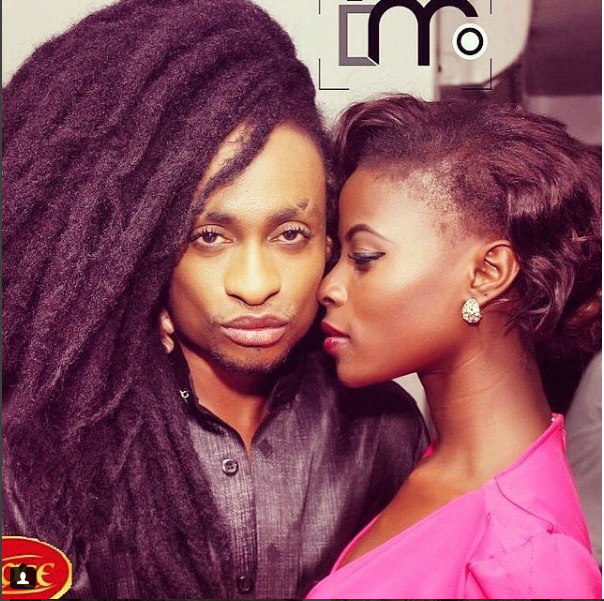 Media personality Denrele Edun has always made known his close relationship for BB Naija 2018 housemate Khloe and has... 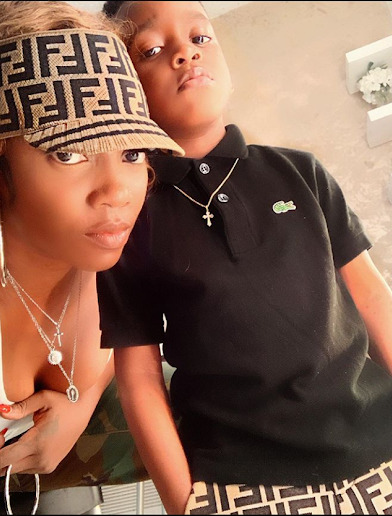 3 years ago | by Idowu Babalola Tiwa Savage Shares New Photos Of Herself And ...

Tiwa Savage has taken her music career to a whole new level this 2019 by being a new Star...