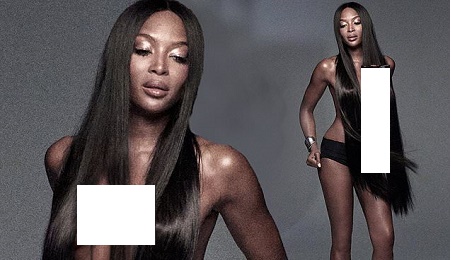 She established herself as one of the most recognizable and in-demand models of the 1990s.

And nearly thirty years later, Naomi Campbell looked every inch of her supermodel status as she starred in a smouldering photoshoot for NARS.

The 48-year-old, who has been announced as the new face of its Spring 2019 campaign, set pulses racing as she posed up a storm while going topless.

Naomi stripped off for one look as she showcased her statuesque figure in just a pair of black briefs and gladiator sandals.

The catwalk queen flashed a hint of cleavage as she used her sleek long raven locks to protect her modesty.

It was announced last week that Naomi is the new face of next year’s spring campaign for make-up brand NARS to mark her 20-year friendship with its creator François Nars.

The two have also worked together on countless editorials, runway shows, and projects, including X-Ray, Makeup Your Mind, and 15X15.

‘Naomi is a living icon and brings such strong personality to the camera,’ said Nars. ‘I have known her since the very beginning of her career. From the start, I have admired her, her beauty, and her style.’ 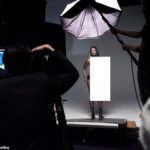 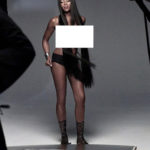 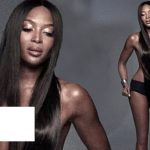 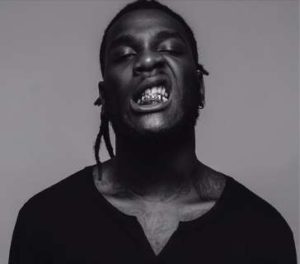 5 years ago | by Idowu Babalola Burna Boy Charts For The Second Time On Billb...

Burna Boy’s “Outside” album has debuted on Billboard’s Reggae Albums Chart at the Number 3 spot. Outside was released... 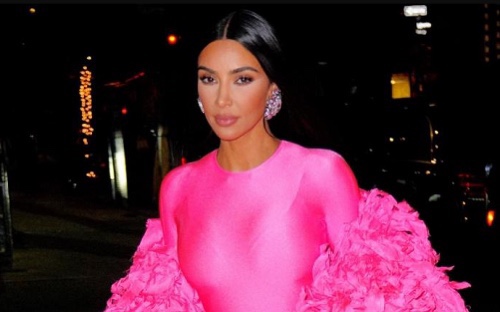 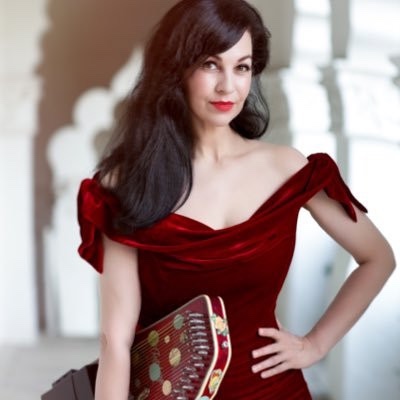 Grey DeLisle, a Grammy Award-winning singer, songwriter, and actress, has revealed how her first marriage ended. She said she...