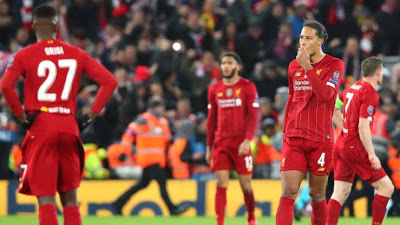 Atletico Madrid ended Liverpool’s defence of the Champions League on Wednesday as Marcos Llorente’s double and Alvaro Morata’s late strike stunned Anfield with a 3-2 win after extra time to progress 4-2 on aggregate.

The holders looked to have ended Atletico’s dogged resistence when Roberto Firmino put them ahead in the tie after Georginio Wijnaldum’s first-half header forced the game into an extra 30 minutes.

However, Liverpool were made to rue a host of missed chances to kill the tie off in 90 minutes as Llorente twice curled home from outside the box before Morata twisted the knife by breaking away to score in added time of extra time.

However, it remains to be seen if and when the last eight will even be able to take place due to the chaos caused across the continent by the new coronavirus.

A packed Anfield played its part in trying to roar Liverpool onto another famous Champions League conquest as, unlike in numerous countries across Europe, no restrictions have so far been put on supporters attending games in the United Kingdom.

But it was the nearly 3,000 travelling fans in attendance, despite the fact games in Spain will be played behind closed doors for the next two weeks, that celebrated a stoic rearguard display from their side.

The European champions did not manage a single shot on target in a 1-0 defeat in Madrid three weeks ago, but Jan Oblak was quickly put to work.

Wijnaldum’s flicked header offered a warning for Atletico of what was to come before Oblak parried Alex Oxlade-Chamberlain’s driven effort.

Just as the Spaniards thought the job was half done with no damage done, Wijnaldum’s powerful downward header left Oblak with no chance two minutes before the break. 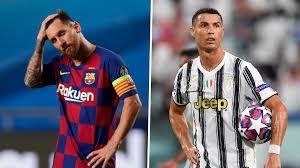 7 months ago | by Idowu Babalola UEFA Player of the Year shortlist: Messi, Ron... 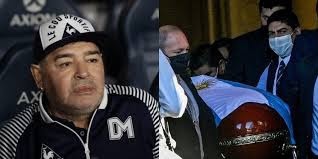 1 year ago | by Idowu Babalola My hunger for success pushes me to want more ...

Super Falcons and Barcelona striker, Asisat Oshoala, has said her hunger for success pushes her to want more in...