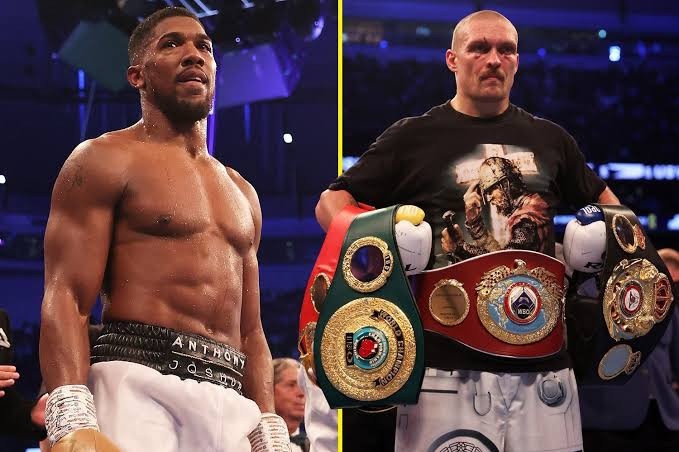 Former heavyweight boxing champion, Anthony Joshua says he can’t wait to ‘harm’ current IBO, IBF, and WBO champion, Oleksandr Usyk as he has been putting himself through mental torture.

11 months ago, Joshua lost to Oleksandr Usyk in Tottenham and drew criticisms from fans all over the world. However, Joshua says he tries not to focus on criticism and focuses on his records even though people forget about records easily.

‘I try not to focus on criticism. There are a lot of positive vibes out there as well. Especially inside the four walls of my home and the environment I shape around me. Should I shape that environment around having had a couple of defeats?” he said

‘Records matter now because people forget quickly these days. But I study the win-loss records of the famous endlessly – and boxers who consistently fight the best rarely go undefeated through their career. Annoying as it is, I know I have to cope with losing. I fight the best.’

Reacting to speculation that he would not have the desire to box on after being humiliated by Usyk in the first fight, Joshua said to SportsMail.

‘Right after, in the changing room, I knew I would fight again. I was telling everyone: Come on. What the f***. We are warriors. We lost a fight but not the war. This is an ongoing battle. It’s not over ’til it’s over. That’s how I remotivated my team. Nothing should dishearten you. I have to keep that mentality. For the rest of my life. Even if I stumble privately or publicly.

But it has been a nightmare just sitting on this loss for so many months. The time-frame does change every day. I have dedicated a lot of my life to a very tough sport. I will do this for as long as I can but I think I’m quite smart at business now. I will be 33 shortly and a lot will come down to how long my body can hang on.’

‘It sounds crazy but I’m not going to lie. My objective was never to hurt him, to land damaging punches. My aim was to go the full 12 rounds and prove I could box as well as he does. To land scoring punches.

But I didn’t work hard enough to prepare for a 12 round fight at that pace. I wasn’t in the right mind-set. That of wanting to go in there and smash him. Using my size and power this time is evident, isn’t it? But to work on it is easier said than done.

‘Training camps are so challenging. So draining. So brain-fatiguing. I need to be better conditioned (an admission there of taking the smaller Usyk for granted).

‘I need adjustments to deal with a southpaw because to me these lefties are a nightmare. I swear that if Oleksandr wasn’t a lefty I would have smoked him. One hundred per cent.’

‘I do want to do him harm this time, despite all my respect for what he has done in the war in Ukraine. I do know that if I use my elements of height and strength I will have a better chance of winning.’

In order to prepare for the fight, Rob McCracken, boss of the UK’s successful Olympic squads and AJ’s trainer throughout his pro career to date, was sacked in favour of Robert Garcia.

‘With Rob at Uni (his camp at Loughborough) we would walk into the gym and do skipping, shadow boxing, pads and the bags. He would say things like hands up, or slip there.

Robert breaks things down more. In one round of sparring I’m told to perfect that f****** jab. In another round, to tilt more when throwing the big right hand. It’s more tactical (to deal with a southpaw). Reasoning to the method. It’s a lot to remember.

‘So I’ve handed over control. I used to spell out the two or three things I wanted to work on. Now I listen. Soak up information like a sponge. Let my guys make the decisions.’

‘That’s just how it usually is with me. Calm. A lot of people understand the physical side of boxing. But what about the psychological element? A fighter has to be trained to keep his head screwed on as he goes into the ring. Not drift away mentally because someone’s shouting abuse, or even being positive, or seeing your mum on the ring-walk. Now I need tunnel vision.’

‘It’s not so much about me being confident,’ adds Joshua. ‘That’s up to my team. I respect Robert highly but I can only gain confidence from my preparation and my sparring. A coach can tell a fighter a million good things but if he doesn’t do them on the night then it’s pointless.’ 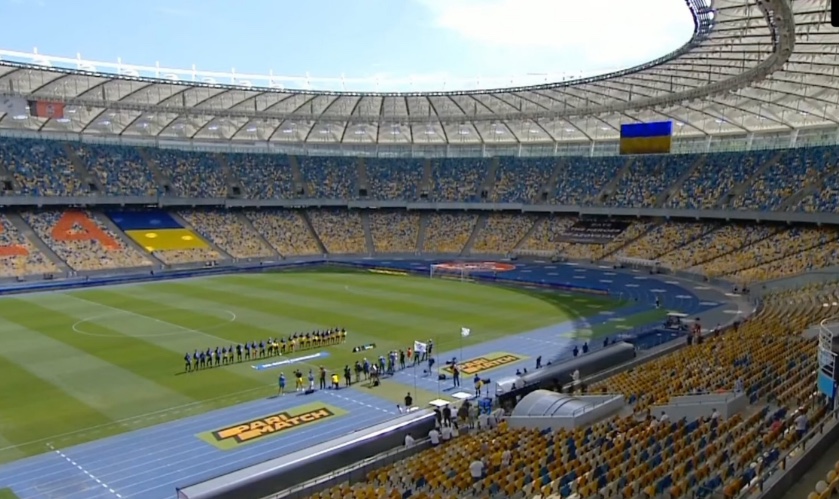 1 month ago | by Idowu Babalola Ukraine Begins Football Season In Spite Of Wa...

Ukraine on Tuesday launched its new football season despite Russia’s ongoing invasion, in an apparent attempt to give a... 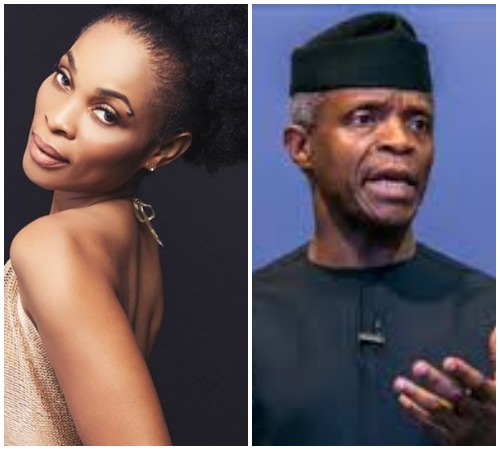 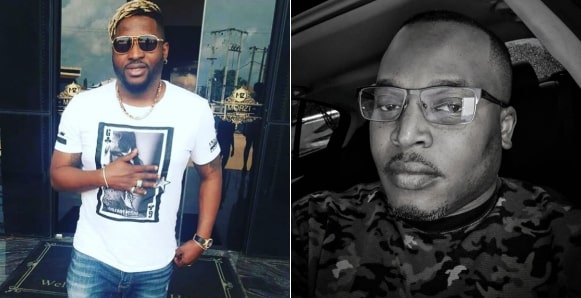