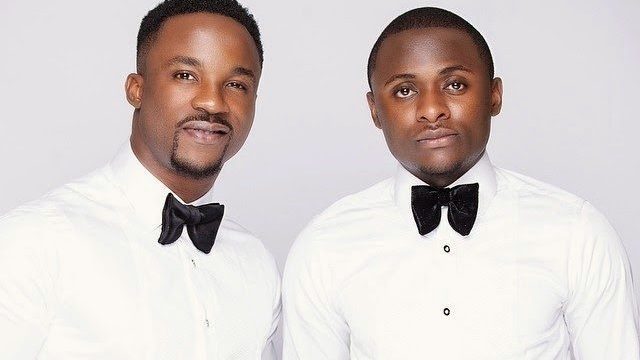 Triple MG boss, Ubi Franklin has stated that he has pictures of all the married women Iyanya has slept with. This he did in an interview with Joey Akan in which he revealed more about the misunderstanding between him and his former associate.

What Happened With Emma Nyra?

Tell Me What You Know About What Transpired Between Iyanya And Temple Music?

Yeah, it was a one-on-one conversation we had at his house. He showed me a heated WhatsApp chat with the owner of Temple, them. That’s why I was able to believe he was having problems with Temple. When he wanted to leave Temple, I told him, ‘Don’t leave Temple the way you left Made Men’. Which is, relieve yourself, settle everything and go. I said, ‘The fact that you want to leave Temple doesn’t mean that you should fight them. It would now become constant. It can’t be like it’s the same thing you do everywhere you go. People would come and be putting some rubbish things around it.
People you collected money from to pay your house rent when your landlady chased you out. They gave you a car. You were stuck in America they paid for you. Have you spoken to Temple? Ask Iyanya if he told me that he had issues with Temple and he needed to clear up his contract with N60 million. Ask him if he told me that.

N60 Million, To Exit His Contract?

Yes. And I told him I was going to raise the money. Before I raised that money I spoke him. It took me 24 hours or less to raise that money. When I raised that money I started calling him, he was not picking up his phone so I just left it. So for me, you see all these things Iyanya is saying ehn, when I look at it I just laugh. Because I have everything to prove. I have everything to show. If this is what Iyanya is going to do after all my hard work. Now, you know what? People would comment and say ‘This Ubi guy, Ubi is like this, Ubi is like that’. You know why they’d say that?

All artist managers are hated. You know why? We do the dirty job. So I don’t expect anybody to like me. When we leave these artists and go that’s when you start seeing who these artists are directly and you start to see who they are. Please, what did he say about Emma Nyra?

That You Had Problems In Your Relationship And You Physically Assaulted Her Repeatedly..

Have you asked Iyanya what happened between him and Yvonne Nelson?

(Laughs) It’s, not my mouth you’d hear that thing from. I promised not to say anything or put Iyanya out.

He Said He Saw You Beating Emma Nyra?
Me?

Did He Advise Her To Leave You?
Bro see, Iyanya is a big liar. He has been saying it for many years that he is going to use Emma Nyra against me. You understand? I did every work for Emma to make sure. I’m not going to speak about Emma Nyra unless she talks. We have a contract binding us not to say anything. Why didn’t he say on his interview that I beat up Emma Nyra?

He Did Say That…

Bro, I’d advise you not to. Because I would put out all the married women he slept with. Their pictures side by side for me. Bro I don’t want to talk. Because if you allow me to do that to him, I’d drag him through the whole of this country. I’m not scared of shit. What I want about this matter is for people to see clarity. If Emma Nyra has issues she would come and say it herself. Emma Nyra is a mother now. I think her focus is different. And she even wouldn’t want to be involved in all this. I wish Iyanya was a father. If he was a father, most of these things he is saying he would not do it. When I kept watching his interviews I kept laughing. Bro, don’t let me do this to this to this guy. If you’re writing your story, take out the Emma Nyra situation because if you’re writing about something like that, Emma Nyra needs to speak for herself and with the way I and Emma Nyra are tight, we cannot speak about each other. We had our whole issues and the issues were settled and I have a legal document to back it. So for me, leave her out of this and focus on something else. Write your post. See, I never really wanted to get to this point bro. For everything that happens, there are two sides to the story.

READ ALSO!
I didn’t call out Ubi Franklin to revive my career – Iyanya
Do You Think You Treated Everyone Fairly?

I treated everybody fair. I’m not perfect bro. See, there’s nobody even you talking to me right now that would say they don’t have issues with people. Check the whole entertainment industry. Am I the first person that an artist is leaving my record label or an artist is having issues with me? I’m not the first now. When did artists start leaving record labels? Exactly, let’s be very diplomatic about this thing. Did they say that I had their money, I ate it and I didn’t give them?

It Was Just About You Not Treating Them Right That They Had Expectations And Those Expectations Were Not Met.

Can I ask you a question? Iyanya says he was a partner and he was investing so why are they not blaming that on Iyanya? Exactly. Why is it that it is Ubi they are blaming it on? Why is it that they are all coming together to fight? Do you understand where this thing is going? You said you are a partner abi? You were investing. So why are they not fighting you? Is it that you gave me money to push your music and I didn’t do it? So you see the twist? Now, If they say that the label is not treating them right who is the label? Ubi, Iyanya. Why are they not fighting Iyanya?

Maybe He Has Done Nothing To Warrant That?

All these people talking, how much did they make me? Chibbz, how much did we make from him? The only person that can talk and I would respond to the person is only Iyanya and Baci. I know Selebobo would not say anything to you because for a fact he doesn’t have anything to say to you.

What Role Did You Play In The Tensions Between Iyanya And Tekno?

READ ALSO!
Emma Nyra fires shot at Ubi Franklin over beef with Iyanya?
He (Iyanya) says Tekno is rude and ill-mannered. The issue between me and Iyanya that made me and Iyanya break up finally was that I hired a driver for Iyanya. Iyanya and the driver fought and he fired the driver. And Tekno hired the driver. Tekno was living on his own. So one day I now went to meet Iyanya that just in case you come to Nigeria before me, what I just heard is that Ken your former driver now works for Tekno. Tekno, on the other hand, said he saw this guy on the road, he had a baby at home and he decided to hire him. And he asked him what happened between you and Iyanya, and the guy explained his side. So he was like let me just hire the guy because the person you know is better than the person you don’t know. And the guy worked with Tekno for a very long time.
So Iyanya started accusing me, of using Tekno to disrespect him. That how would I know that Tekno is about to hire his own driver that he sacked and I allowed that happen? That’s how he turned and said he wants to leave the record label. Every time issues happen he says that I am the one not making them, Tekno, to respect him. I’m like bro, Tekno is a man of his own. Everybody, they are men. And I don’t think any of these guys disrespect you, they respect you. From Selebobo they respect you. They call him “Baba.” They don’t call him by name. Do you understand? They call him Baba. They don’t call him by name. Ask him what happened between him and Tekno and what happened between him and the driver Tekno hired? Do you understand?
Already, everything he said is a lie. A lot of the things he said are lies. So, there is a legal document that is going to be sent to him soon for him to retract everything he has said because he is lying. Whatever I tell you I have proof. You see the story I told you about these women? I have proof of it and I warned him. I said ‘Listen, I’m going to spoil your career, let it go’. Do you understand? I’m going to let it go. Now he is the one going to tell you that I beat up Emma Nyra. 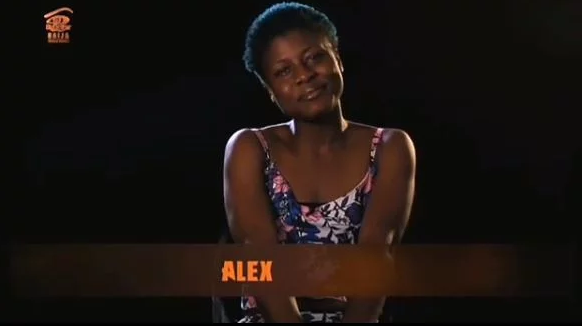 What would have been her last week in the house judging by how people voted last week have been turned... 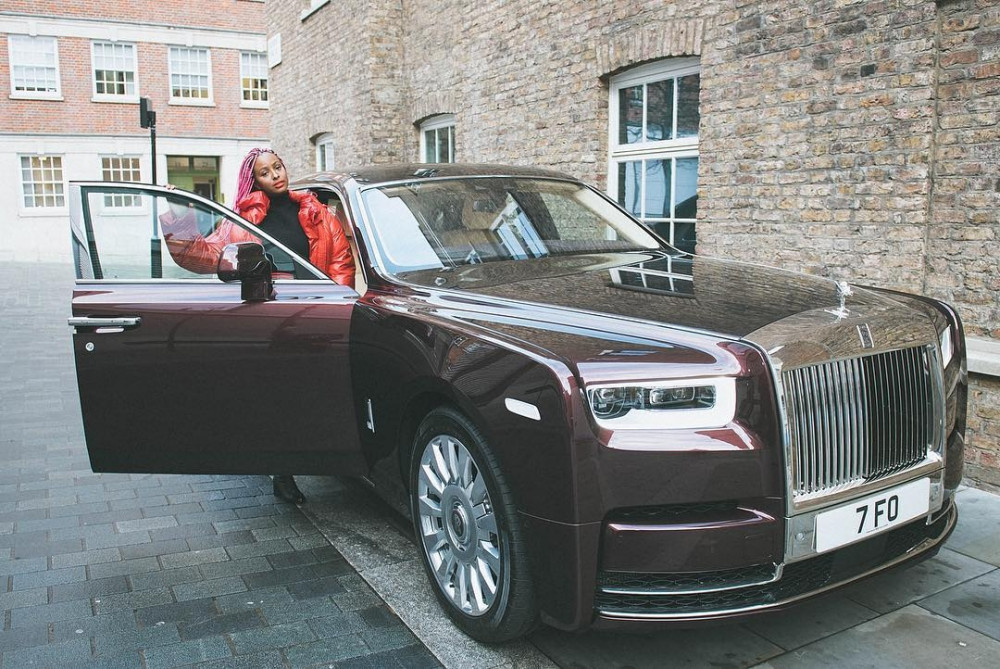 4 years ago | by Idowu Babalola DJ Cuppy with the Rolls Royce; Takes Possessi...

DJ Cuppy has announced on Instagram that she has taken delivery of her new ride – a Rolls Royce –... 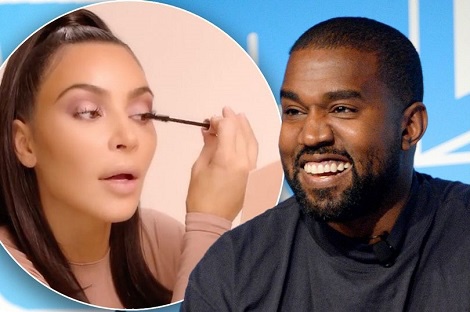 2 years ago | by Idowu Babalola Kanye West 'to rival his wife Kim Kardashian ...

Kanye West is launching a range of beauty and cosmetic products, according to reports. No doubt his biggest inspirations...