Adekunle Kosoko, aka Adekunle Gold, who has been romantically linked with singer, Simi, in a recent interview with Punch newspaper disclosed how he has been able to avoid having any baby mama. 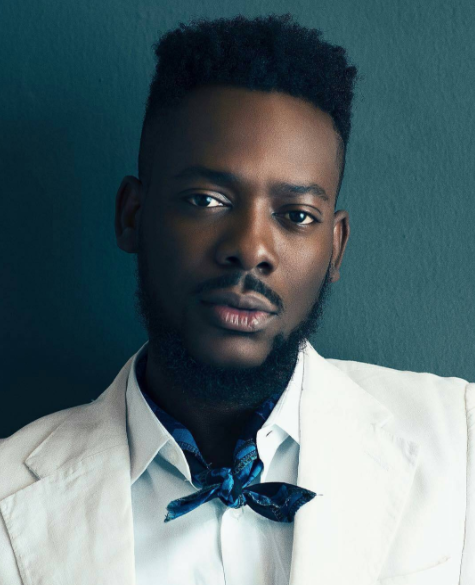 Have you ever had a one-night stand before?

Even if I have had that experience, do you expect me to say it in an interview?

Do you get nude pictures on social media?

I get a lot of that from ladies and it is fun, I must confess. There was a time in my life that I tried to get attention from ladies, but it was hard. It is a different story now and I am enjoying every bit of it.

How have you been able to avoid scandals?

I am decent in anything I do. I am a smooth operator.

How does your girlfriend cope with the attention you get from the opposite sex?

She understands the nature of my job but sometimes, she asks questions. I like to keep my relationship away from the public. What if my girlfriend doesn’t want to be in the limelight? I think people like me because of my music, not because of what I do in my private moments.

Do you have plans to have a baby mama?

I don’t want that for myself. It will be a disgrace to my family if I have a child born out of wedlock. I can only speak for myself. I was not brought up that way.

What if you ‘mistakenly’ get a lady pregnant?

Why should such mistakes happen? There is a way you can protect yourself. I cannot have sex with a lady without using a condom. For me, it is just wise to do the right thing. I don’t want to find myself in any drama.

Are you under pressure from your parents to get married?

We have an agreement. We agreed that I should focus on my music career first before venturing into marriage.

Some people feel you didn’t give One Direction (an English-Irish pop group), credit for your hit song, Sade. Is that true?

Was that what people said? All the blogs that posted the story then said it was a cover of One Direction’s song. My problem with most Nigerians is that we don’t check facts before we conclude. I am not the type who copies people’s songs without giving them credit. I said it everywhere then that Sade was a cover of a song. To be honest, a lot of people in Nigeria didn’t know about One Direction until I released Sade. When they now discovered the song, they just concluded I stole the idea because of the similarity but I gave due credit to the group.

Sade was inspired by a girl who rejected you at a time. Did she later throw herself at you when fame came?

There was a lady I really liked in 2012 but she told me she was not ready for a relationship. I disturbed her for almost a year and it didn’t happen. I just felt I should sing about it in 2014. We never dated even when I became famous. When she rejected me, we were friends and we are still friends.

Why didn’t you press further after fame came?

Maybe by then, I was no longer interested in her. I think I got over her at some point. She has a boyfriend now.

Would you have loved to date her if she was still single?

I cannot really say. We had a conversation some time ago and I thanked her for rejecting me. If she had said yes and we had started dating, I would have been too comfortable and I may not have written Sade.

How did you handle the rejection?

I thought I wasn’t the kind of man she wanted. She is a pretty girl and I was just a random boy from Ikotun, Lagos. I felt perhaps, I needed to make money before she would agree to date me.

How would you describe your childhood experience?

Most people think I was raised in Bariga, Lagos, because I was signed to Olamide’s YBNL. I was actually raised in Ifako-Agege, before moving to Ikotun, both in Lagos.

Are you from a rich background?

I am from a very modest background. I attended public schools. My father is a principal while my mother is a teacher. I really enjoyed growing up in Ikotun and that was where I learnt most of the things I know. I later went to the Lagos State Polytechnic to study Arts.

Do you still practise graphic designing?

Yes, I design most of my works myself.

How come you didn’t follow the path of your parents who are in the educational sector?

My parents were indifferent about my decision to do music. My father wasn’t even interested at all. He used to warn me not to disturb him with noise, but I always knew what I wanted to become. When I told them I wanted to study arts, they didn’t object to it. My father is a graphic artist and a painter as well. I am the first child of my parents and the only son.

Who were your role models while growing up?

While growing up, I listened to Ebenezer Obey and Sunny Ade a lot. Both of them are my idols. They have done it all. They created sounds that were unique to them. KSA has set a model for others to follow. He is an amazing person and performer. Before I go for shows at times, I look at KSA’s pictures for inspiration.

Do you still have a cordial relationship with your former boss, Olamide?

If there are issues, he is one of the people I run to for help. I tell him my worries and we share ideas. I don’t have any problem with Olamide and he understands that too.

Is it true that he treated Kesh specially while you were at YBNL?

I don’t know about that; Olamide catered for us equally. There was no time I wanted to do a video that he didn’t give me money and he never wasted time.

What’s the clear difference between now and when you were signed to YBNL?

I have more responsibilities now, unlike when I had people who were supporting me. Then, I didn’t have to be the one attending to emails or certain things and it was less stressful for me. My present team is still small, but we are growing daily.

Has playing with a band changed your style of music?

My performance fee has increased because I now perform with a band. I should have taken such step earlier as I now see myself as a better artiste. I now avoid shows where I cannot play live music.

Do you rely on alcohol or any substance for inspiration?

What extra thing do you need to tell a story? I don’t need any support for me to go on stage and I have fun with my band. I also relate to people during performances and that has been helpful. 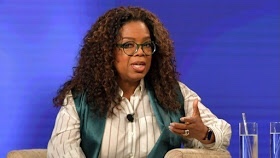 Oprah Winfrey on Thursday splashed $10 million in donations to coronavirus relief efforts in the United States. The food... 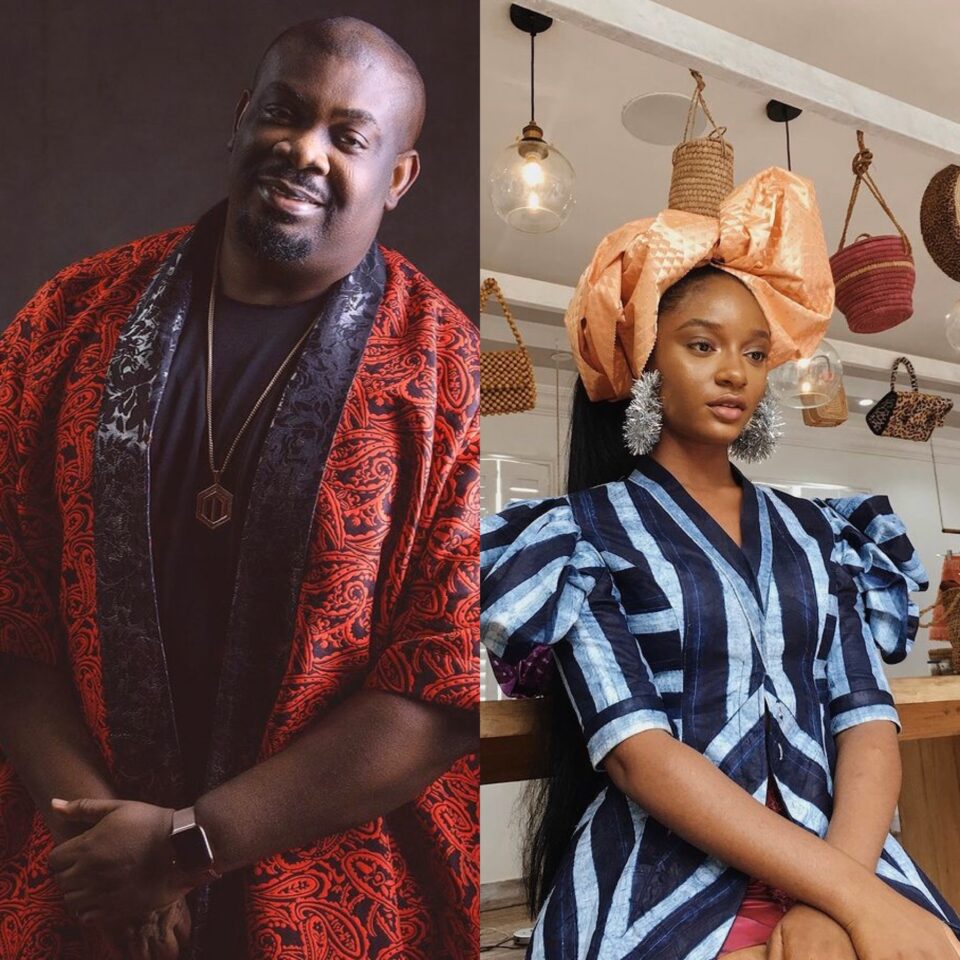 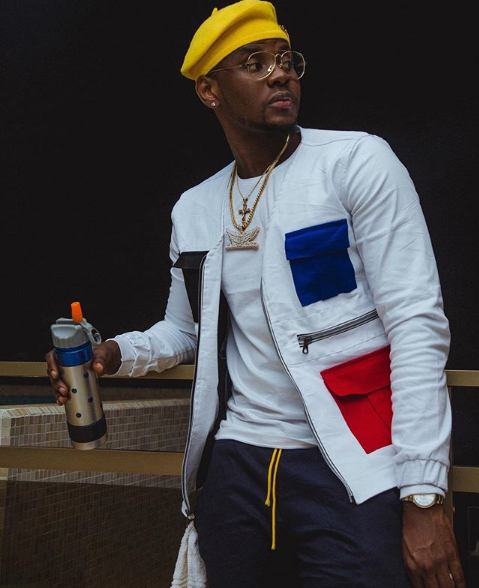 4 years ago | by Babatunde Ogungbeje Kizz Daniel will be getting married next year...

Just in case you are wondering which celebrity wedding will be making the news next year, wonder no more...